Learning guitar is one of the most rewarding things you can do – but it can also be one of the most challenging. Luckily, there are plenty of basic guitar chords that can bolster your skills without driving you crazy along the way.

With these 11 basic guitar chords, you’ll be able to gain a better understanding of how to play guitar at the most basic level. 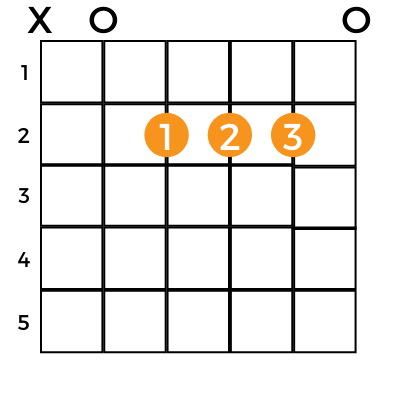 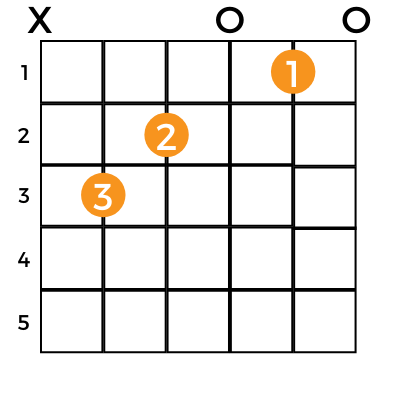 C major is one of the most widely used guitar chords for a reason. The chord is a delicate combination of your basic C, E, and G notes. Your second and third fingers will align along a slanted pattern to achieve the chord. Don’t worry if it’s tough at first – your fingers will loosen up over time.

D major has a unique triangular shape. Use your first two fingers to play E and G on the second fret, then hold down the B string on the third fret with your third finger. The resulting sound is optimistic and heartwarming, and it may sound familiar from many famous lighthearted tunes. 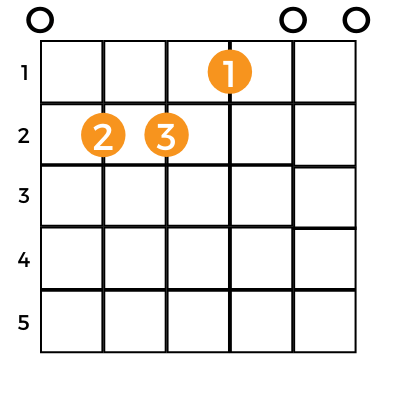 Still haven’t taken the leap and purchased your first guitar? While most beginners choose an acoustic, you may be interested in some cheap electrics! You can find a quality electric guitar under 300 if you look closely! 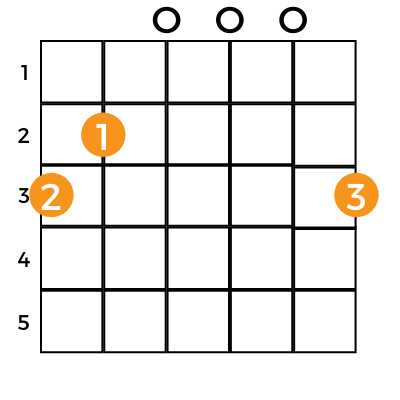 The G major chord may be a little more challenging than some other chords, and it can be hard to quickly reach other chords after playing it. To play it, your first finger goes to the second fret of the fourth string, your second finger goes to the third fret of the fifth string, and finally, place your third finger on the third fret first string and strum them all carefully.

Further Reading: Essentials on How to Read Guitar Tabs 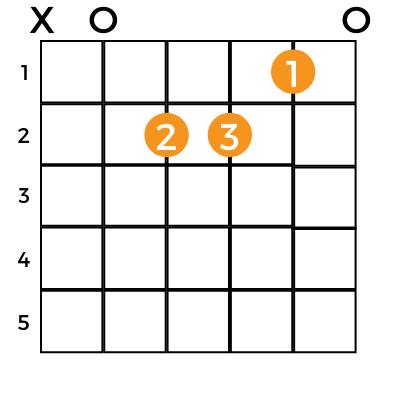 If you can play E major, A minor should be easy. Simply move your finger up one string. This chord is also very close to A major – just move the B note from the second fret to the first. Minor chords have a morose feeling to them, which makes them great for breakup songs. The A chord really is a staple for beginners to learn!

Moving on to barre chords is a big step when mastering the guitar, and the B minor chord is a good place to start. A barre chord involves placing your finger across several strings at once, as opposed to just using the tip of your finger to hold down a specific note.

Here’s how to play it: 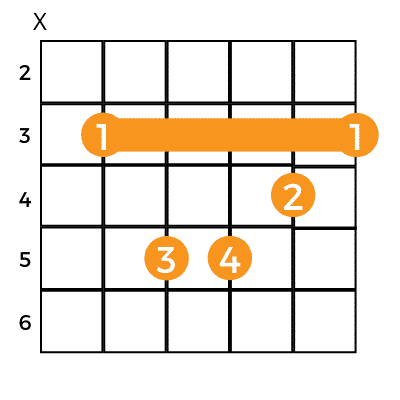 C minor is a popular chord for songs that want to tell a story with heartfelt emotion. It is both sad and meaningful, lingering long after it has been strummed. Unfortunately, it is also one of the hardest chords to play because it requires you to twist your hand awkwardly. To play it, put your pointer finger barred on the third fret from the first to fifth strings, while placing your second finger on the second string (B) on the fourth fret. Lastly, your third finger will need to go on the fourth string (D) and the fourth finger will go on the third string (G) – both on the fifth fret. 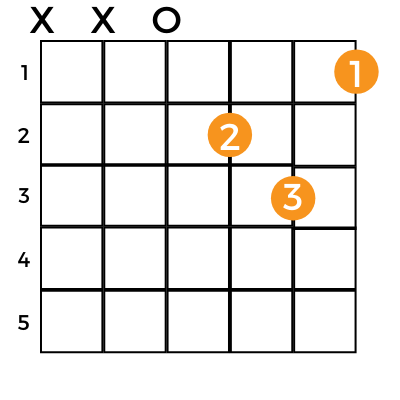 The D minor chord is almost exactly like its D major counterpart. However, you’ll need to move the high E from the second fret to the first fret. The fifth and sixth strings will need to be muted for the chord to sound correct. D minor sounds like you’re gearing up to deliver something impactful. It’s commonly used by musicians of all types, but it sounds especially at home in a good country or folk song. 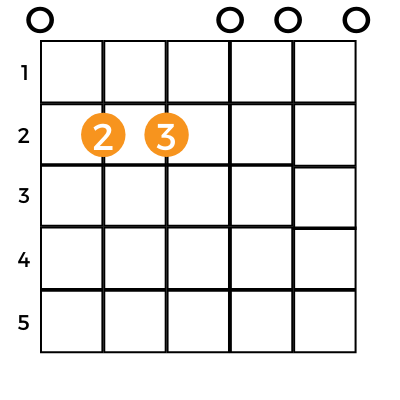 If you’re looking for easy guitar chords, E minor is a good place to start. All you need to do is play an E major, except you remove the G string component.

Even novices can master the E minor chord in a matter of minutes. 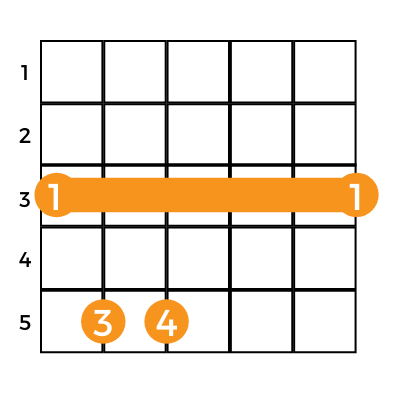 This isn’t a chord you’ll be playing much, but it can be a nice punctuation point to a song. G minor has a creepy sound if done right. To play, simply use the third fret and barre all six strings. Then place your third finger on the fifth fret on the fifth string. From there, you’ll use your fourth finger to hold down the fifth fret of the fourth string – also known as the D string. Then, strum with confidence.

Guitar is a lifelong learning process. Don’t be discouraged if any of these chords on guitar seem a little confusing. Be sure to learn to read chord charts easily, too. Just stick with it, practice your hand placement, and it will become muscle memory after you put the work in. We all have to start somewhere. Play on!

20 Easy Songs to Learn Guitar On

Liam’s lifelong love for music makes his role at Music Grotto such a rewarding one. He loves researching, writing and editing music content for Music Grotto.