It looks simple enough to sing and play guitar at the same time, right? Most people assume that singing comes naturally and that all you need to do is add some guitar over the top.

But if you've ever tried singing and playing guitar at the same time, you know it's much more complicated than it might appear.

Here are Ten Tips for Playing Guitar and Singing Simultaneously

The best way to master singing and simultaneously playing the guitar is to break the process down into small blocks that you can learn separately. Instead of just jumping in and hoping for the best, you can take a systematic approach that is both less stressful and more effective than winging it. 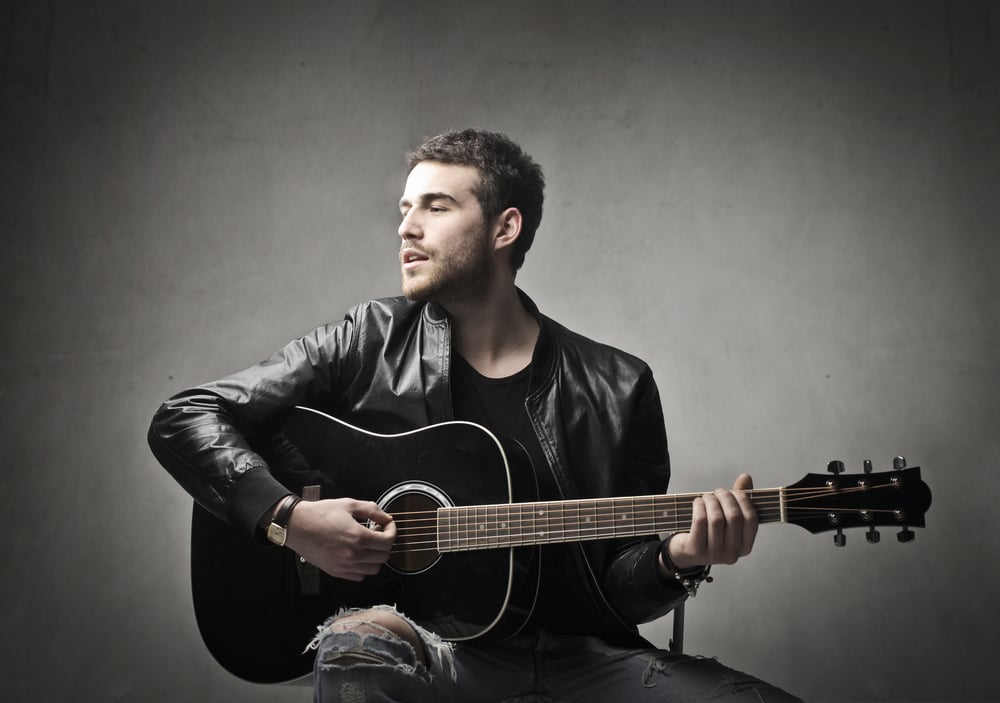 Much of the difficulty associated with playing guitar and singing stems from the fact that your brain can focus on only one thing at a time. Even people who multitask just switch between single tasks rapidly. But they accomplish the illusion that they're giving everything the same amount of attention. Instead, their brain is truly focusing on a single activity at any given time. The key to becoming a master guitarist/singer is to set up your muscle memory so that you focus only on one action.

So, how do you do that? I recommend following these ten tips, which will gradually build your combined skills until you can both play guitar and sing at the same time. Read on.

Read Next: My In-Depth Guide to Learning How to Sing

The harder the song, the more difficult it will be to sing with the guitar. What usually happens is that you'll try for a little while, then get frustrated because you’re not making progress. By choosing an easy song, you can focus on the process of learning. You can then apply the skills later with a more intricate song and gradually build up your confidence and ability.

Many songs require simple chords, melodies, and lyrics that are easy to memorize and practice. These qualities make the perfect starter song. You can also stack the odds in your favor by choosing a song that you already know and love, making the process more enjoyable.

Before you can become a rock star with a gritty voice, you need to practice the basics.

Ideally, your guitar skills should be at the point where your major chord changes are seamless, and strumming is second nature. If you're still focusing on these skills, chances are you aren't ready to put the guitar and singing together yet. Take the time to hone your basic guitar skills.

Once you've reached a level where strumming and changing chords are effortless, start learning the guitar part of the song you’ve chosen to sing. There are many ways that you can learn it, including listening and playing along with the song recording, then practicing on your own. Everyone is different and learns at their own pace, so don't worry if this seems like it's taking longer than you think it should. If there are any bits where you are struggling more, practice them separately until you have them down.

4. Learn to Sing the Song

Your next step is to put down your guitar and take another listen to the song. Focus on the vocals, melody, and how the song flows. It helps if you've memorized the lyrics beforehand so that you don't have to fudge every time you sing. Take this opportunity to identify when chords change in the song, especially on what syllable of the lyric they change. Knowing this now can help you tremendously when you get to combining singing and playing. 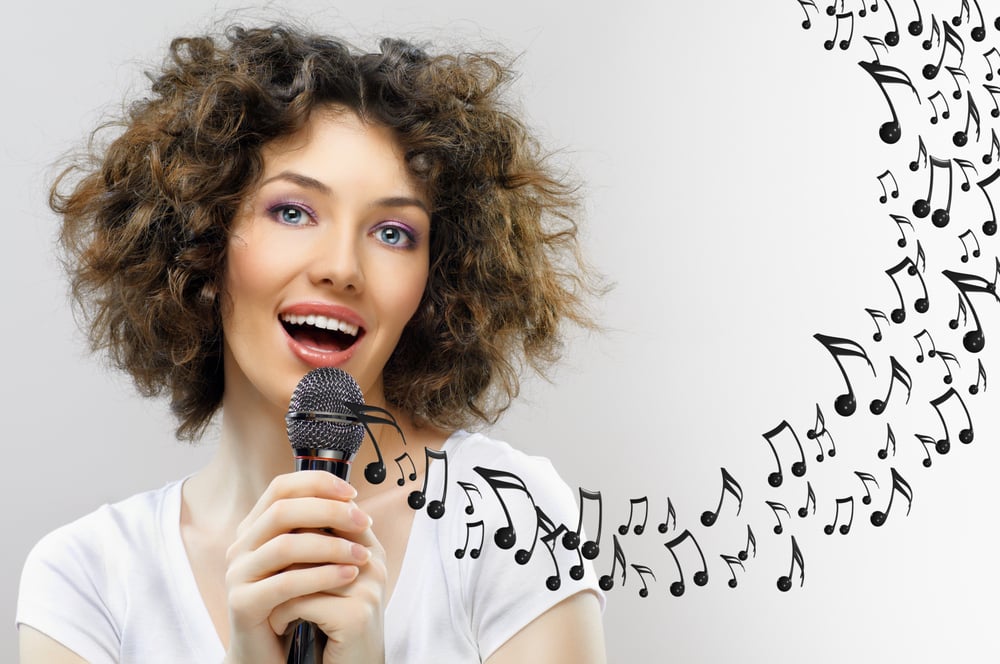 Once you've got the lyrics memorized and the song is fresh in your mind, it's time to sing. Take every opportunity you can to sing your song. Start by singing along with a recording, and then move onto singing it without the recording. Sing in the shower. Sing to your dog, your partner, or your fish. Sing while you’re doing the dishes or riding in the car. You'll soon reach a point where you'll be able to sing the song flawlessly from start to finish.

The key is to continually hone and refine your voice with daily singing exercises. This is how you become a master!

Some people find it most comfortable to start by humming the vocals, instead of singing them, while strumming along. It's an excellent way to practice chord changes without worrying too much about the lyrics themselves.

Read Next: How to Sing in Falsetto Voice

7. Play Muted Strums on Each Beat

Some people learn by focusing on the vocals first, instead of the guitar, by first playing muted strums on the beat. While it's easy to keep the melody in mind, the rhythm may be more difficult. By just lightly keeping your fretting hand on the strings, you can get a muted “click” sound, which will help you get the rhythm of the melody without having to focus on chords and lyrics.

Read Next: Basic Guitar Chords Every Player Needs to Master

Your next step will be to add in the chords while either singing or humming. You can keep the rhythm even by either tapping your foot or using a metronome. Most guitarists practice strumming with a metronome to hone their timing and rhythm. It's something you can always practice, not just when you’re learning a new song.

A good way of mastering a song is to slow it down until you get it just right. By slowly working your way through a song, you can identify problem areas and iron them out. Speed comes with practice, and you'll soon be playing the song at full speed.

Once you've practiced the song a couple of times at a slower speed, you can bump it up to the original tempo and become an all-singing, all guitar-playing musical master.

Read Next: How to Develop a Killer Scream Singing Voice

Master Both to Become a Great Musician

The key to playing guitar and singing at the same time is to master each activity individually before combining them. Some people are naturally better singers, while others are better guitar players. Focus on the skill that you're best at first and practice the song until it becomes second nature. Then do the same for the other part.

Once you've mastered both parts, you can combine them into a cohesive pairing. Just like when learning harmony in singing, you must learn synchronicity with ancillary instruments. There may be hiccups as you learn to merge chord changes with lyrics while maintaining the same rhythm, but this is where practice comes in. Take it slowly. Don't worry about making mistakes. And you’ll soon be singing and playing guitar like a pro.

The Best Online Singing Lessons For Beginners and Intermediates