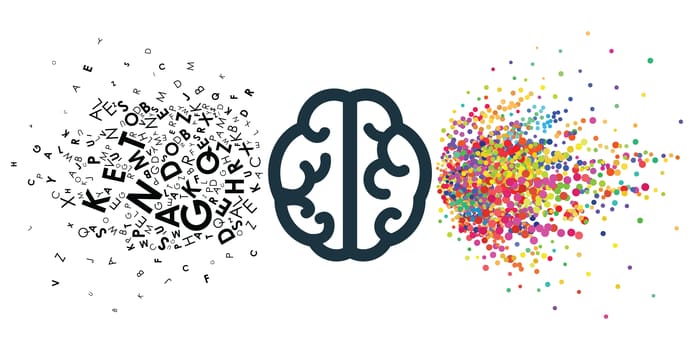 In the days of Simon and Garfunkle, a high school English teacher told his disbelieving students they already knew poetry. Eyebrows rose.

The teacher didn’t argue with them. He merely began to recite:

Hello darkness, my old friend
I’ve come to talk with you again

The students’ eyes lit up in recognition. All knew the lyrics to that song.

The best poetry, fiction, and nonfiction make extensive use of figurative language. It’s the most effective way to get certain points across. Songs do this too!

Here are 21 of the best songs with figurative language of all time. Note how well written they are and how memorable the songs became.

This song is not a weather report. It’s about a woman who’s unlucky in love. Teardrops are her metaphorical rain. But, with all her regrets, she’s determined to retain her self-respect. Water metaphors are quite common in music, and there are many songs about water that have deeper meanings.

Hands up to the sky
I’ll be your galaxy
I’m about to fly
Rain on me, tsunami

The metaphors illustrate her need to show strength to her lover no matter how much sadness she experiences.

Up next: The top songs about regret and guilt

2. Another Brick in the Wall – Pink Floyd

Walls are time-honored metaphors of separation and alienation. Pink Floyd’s crew constructed a huge wall brick by brick to make this point as obvious as possible while performing the song on stage.

The song served as an effective protest against child abuse in the schools back in the Nineties. Calling teachers “bricks” in a child’s wall of fear was an extremely telling rhetorical device.

Metaphors aren’t just used in sad songs. Hyperbole, or over-the-top language, can make you laugh out loud. Who can forget Fred Schneider boasting…

I got me a car, it’s as big as a whale
And we’re headin’ on down to the Love Shack
I got me a Chrysler, it seats about 20
So hurry up and bring your jukebox money

And don’t forget the gang’s funky form of call-and-response onomatopoeia–using words that sound like what they mean–these almost sounding like sound effects.

Bang, bang, bang on the door baby.
I can’t hear you.

4. What a Wonderful World – Louis Armstrong

When gravel-voiced Satchmo sung this deeply felt song of gratitude for the beauty of the world, he included adjectives that greatly deepened the meanings of their nouns. This use of figurative language is especially effective in this stanza:

This song isn’t just a spoof of every opera ever written, it’s Freddie Mercury’s romp through language and imagination.

Is this the real life?
Is this just fantasy?
Caught in a landslide
No escape from reality

Is life a metaphor for a landslide or vice versa?

The operatic wordplay continues section after section in this massive song. Throw in some Italian names and some allusions to Italian stagecraft…

Read next: Our guide to learning how to sing opera

The wolf is the simile for the man. The city is the metaphor, a hunting ground filled with dangers…

Darken the city, night is a wire
Steam in the subway, earth is a afire

The woman he is after is his prey. He would make her his mate…

Straddle the line in discord and rhyme
I’m on the hunt
I’m after you
Mouth is alive, with juices like wine
And I’m hungry like the wolf

Alicia Keys would have none of that. Her song is about a woman who is in the struggle and is going all out to achieve her dreams. Note her inner self’s comparison to a fantasy and a highway, a jarring juxtaposition that illuminates her character.

She’s just a girl, and she’s on fire
Hotter than a fantasy, lonely like a highway
She’s living in a world, and it’s on fire
Feeling the catastrophe, but she knows she can fly away

Up next: Top songs about dreaming ever made

The title itself refers to McLean’s vision of the Fifties as America’s golden age.

This song exemplifies one of the simplest forms of figurative language–alliteration. The memorable effect of starting several words in a row with the same sound has been used by poets since long before Homer.

They reach into your room, oh-oh-oh
Just feel their gentle touch (Gentle touch)
When all hope is gone (Ooh)
Sad songs say so much

This song;s story can be seen as a giant metaphor for the call to adventure. For more storytelling songs, check out our top list now.

And then the surprise twist is applied:

I thought that they were angels, but much to my surprise
We climbed aboard their starship, we headed for the skies

Personification is the rhetorical device of attributing human characteristics to a non-human thing. Here’s how Ol’ Blue Eyes did it:

To express a lover’s grief, the songwriter will often describe impossible events happening in the lover’s world. Hyperbole is a powerful form of figurative language. Clearly, the sun must still shine when she’s away. But he can’t feel it. Check out our list of songs about unrequited love next!

The title itself is an analogy to a celestial event. And an impossible promise made will demonstrate her ardent love:

Another metaphor of Man as Hunter, Man as Tiger. But this time, he seeks a rival for a fight. Check out this list for more top fighting songs.

15. Killing Me Softly with His Song – Roberta Flack

Another clearly over-the-top title. How can anyone kill with a song? It’s a metaphor for the strong emotions a song can generate in the listener.

Everyone has the potential to become a superstar. The metaphor of a firework blasting bright colors across the sky standing for a well-lived life is offered by Perry.

Lyricists can reuse a metaphor. A house is said to have good bones. That in of itself is a metaphor for a solid structure and layout. Morris applies this figure to a solid relationship between lovers.

When the bones are good, the rest don’t matter
Yeah, the paint could peel, the glass could shatter
Let it rain ’cause you and I remain the same
When there ain’t a crack in the foundation

18. Sympathy for the Devil – the Rolling Stones

No, the song gives no sympathy to the Devil. The title refers to what a powerful urge might demand of us. The song is an allegory on human evil. The Devil is the personification of human evil.

This particular reference is to the 100 Years War:

This song can be understood as an allegory of a step-by-step method of prayer. The old-time telephone technology involving a series of operators physically making long-distance connections possible makes the allegory of trying to call heaven fun. This meshes well with the rousing church spiritual musical style of the song.

This powerful folk song consists of nothing but a series of specific questions. Some address events in nature. Others address the human condition.

They all add up to one enormous question about the power, danger, and opportunity that our human nature offers us.

21. The Sound of Silence – Simon and Garfunkel

Yes, this is the song I led off with.

Songs with figurative language can also reference events real or imagined long ago.

…And the sign said, “The words of the prophets are written on the subway walls
And tenement halls”

And whispered in the sound of silence

Paul Simon was clearly putting a 20th century technological twist on the ancient story from Exodus of the Israelites fashioning a golden calf and worshipping it in disobedience to Jehovah.

“The words of the prophets” also hints at other Old Testament stories.

Did Simon intend his song as a prophetic warning for his time? This is the kind of question that potent use of figurative language by a writer can elicit from attentive readers and listeners.

Figurative language opens us up emotionally with the use of telling details used in striking ways.

All of the songs I’ve used to illustrate figurative language here hold the skillful use of the well-placed, well-told detail in common. A dry message becomes poignant. A dated reference comes alive. A confusing point is illuminated.

Sometimes a human truth is subtle. It can’t be captured directly by ordinary prose. It must be addressed obliquely.

By comparing two unlike things in such striking ways, we can get at that truth. The readers and listeners then experience that wonderful “ah-ha” moment.

If you write songs, try figurative language in your next efforts. You may be surprised at how effective it can be.

Songs with “baby” in the title

Songs about missing someone you love

Best songs about going through changes