21 Best Songs with “Baby” In the Title 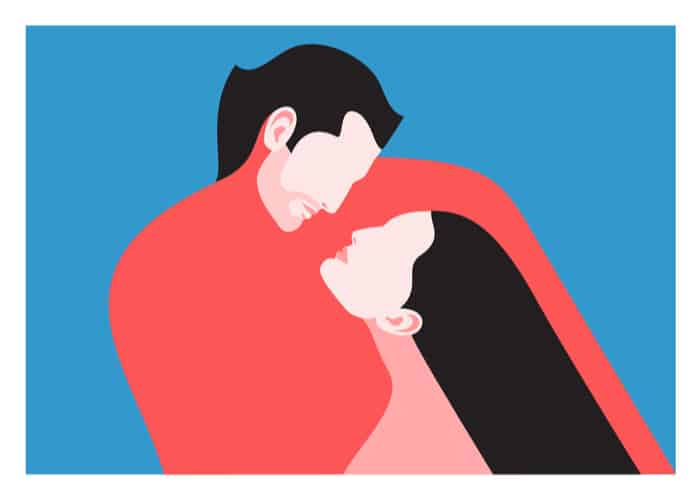 1. Baby, I Love your Way by Peter Frampton

The English singer/songwriter Peter Frampton is behind the classic, Baby, I Love your Way. The guitar legend wrote the song in 1975 and released it in September of the same year. Baby, I Love Your Way was a hit in the U.K. and U.S., with Frampton’s accented delivery enjoyed by contemporary reviewers. The song features on the live album, Frampton Comes Alive!

2. Always Be My Baby by Mariah Carey

The word, baby, can conjure up many things in a listener, including a sense of loss. Mariah Carey co-wrote and sings Always Be My Baby as a lament for a lost lover. Carey was one of the world’s leading divas when she recorded the song as part of her fourth studio album, Daydreamer. The song discusses the longing of Carey for her lost love despite them both moving on with their lives. Take a look at our list of the top songs about unrequited love too!

3. Be My Baby by The Ronettes

The history of music would not have been the same without the wall of the sound approach of the producer, Phil Spector. Be My Baby regularly appears on the list of the best songs of the 1960s, 20th-century, and all-time. Inducted into the Rock n’ Roll Hall of Fame in 2004, bands influenced by the song include The Beatles and The Beach Boys. The Ronettes classic is a pop culture phenomenon that has appeared in Martin Scorsese’s classic movie, Mean Streets, and Dirty Dancing.

TLC headed in a different direction for the release of their second single from their debut album. The band had been known for the rap and hip hop elements of their music before releasing this ode to enjoying a fully committed relationship with a lover. The song does not feature a rap, with Lisa “Left Eye” Lopes recording a rap for the remix version. TLC used the song as a message to their fans to stay safe during the continuing HIV epidemic of the 1990s.

5. Baby’s in Black by The Beatles

The Beatles are known for their relatively easy-to-follow early songs written largely for their fans. John Lennon and Paul McCartney went in a different direction with 1964’s Baby’s in Black, which is seen as their first dark song. After appealing to their female followers with their early songs, Baby’s in Black is a sad lament for a lost love. McCartney has explained the song was a favorite of the songwriters during their early live performances.

Read next: The easiest Beatles songs to play on guitar

6. Doing it all for my Baby by Huey Lewis and the News

Huey Lewis and the News was riding a huge wave of success in the early MTV years when they released Doing it all for my Baby. The song was originally recorded as a favor for their sometime songwriter, Mike Duke. The songwriter failed to snag a record contract, prompting Huey Lewis to record his own vocals in 1987. The song was helped by a bride of Dracula parody video that helped its push up the charts.

7. Baby Love by The Supremes

The Motown executive, Berry Gordy, had pushed The Supremes to the top of the U.S. charts with Where Did Our Love Go. Gordy assembled a crack team of songwriters to repeat the process of achieving chart success, which led to the recycling of several elements for Baby Love. Released in 1964, Baby Love topped the charts in the U.K. and U.S. for several weeks. The success pushed Diana Ross further into the spotlight and helped her two bandmates slide into the role of backing singers for the rest of the 60s.

Canadian singer-songwriter, Justin Bieber, has come a long way since his 2010 release. Already a YouTube sensation, Bieber hit the top ten on charts around the world with this release written by Bieber, Christopher Stewart, and Terius Nash. The song leans heavily on the sounds of the 50s and 60s doo-wop genre and early 2000s dance music. The sweet doo-wop sound blends into the clean-cut image Bieber portrayed in his early career.

The popularity of the Los Angeles-based soft rock band, Bread was high in the 1970s. The band found fame with several hits between 1970 and 1977, including Baby, I’m a Want You. Lead singer and guitarist, David Gates wrote and produced the song in 1971. Bread was made up of several session musicians, with Gates appearing on Simon & Garfunkel’s Bridge Over Troubled Water. The song topped the charts in North America and Europe, leading the way for a successful decade for the four-piece band.

Consider next: Our list of the top songs about water

10. The Big Three Killed My Baby by The White Stripes

The White Stripes have become known for their powerful guitar riffs as Seven nation Army has become a sports stadium classic. Before Meg and Jack White became stadium rockers, the couple looked for a rocky, Detroit edge. The politically charged, The Big Three Killed My Baby was released in 1999 to coincide with the release of their self-titled album. The song attacks the largest auto manufacturers in Detroit and their policy of creating technology that will be obsolete in several years. Despite his feelings about recording protest music, The Big Three Killed My Baby has been used live by Jack White to criticize the Gulf War and American immigration policies.

LL Cool J was one of the coolest rappers in the world before his move into acting. In 2008, the rapper had lost some of his musical mystique, but still wrote and released 2008s Baby. The song was included on his 13th studio album, Exit 13, and features The Dream.

The German dance duo, Milli Vanilli were among the most popular artist of 1989 before everything went horribly wrong. Baby, Don’t Forget My Number hit number one in the U.S. for Fab Morvan and Rob Pilatus. The song was released in December 1988 and hit the top of the U.S. charts. The story of Milli vanilla is one of the most famous in pop music, with the duo shown to be lip-synching to their songs. Find great songs that tell a story in our other list too.

Brian Wilson had been through a reclusive period in his life by the time he released his comeback album, Brian Wilson. Wilson would record Baby Let Your Hair Grow Long as part of a comeback after years of addiction and depression. The song went through several changes during the writing and recording period, including a change from a romantic ballad to a more risque song. The song remains a popular cut from Wilson and marked his initial comeback as a solo artist after The Beach Boys album of 1986.

14. Be My Baby by Ariana Grande

Grande had recently graduated from Nickelodeon when she recorded Be My Baby for her sophomore album. The Norwegian DJ, Cashmere Cat, is seen as the brains behind the song and recorded an alternative version Grande has said she prefers to the original. The song was released in 2014 and was one of the most popular songs from her, My Everything album.

15. I’m a Wonderful Thing, Baby by Kid Creole & The Coconuts

Kid Creole & The Coconuts were a success story in the U.K. and then the U.S. for the former Studio 54 member, August Darnell. Kid Creole was envisioned by Darnell as a 1980s version of Cab Callaway. After playing bass in other bands, August Darnell envisioned a clean-cut image for the band free of the addiction problems he saw early in his career. I’m a Wonderful Thing, Baby was written as It’s a Wonderful Thing before the title was changed to reflect the image of Kid Creole as a lovable rogue.

The Beatles grew their reputation as songwriters by combining the skills and experience of John Lennon and Paul McCartney. Baby, You’re a Rich Man is an example of the two writers coming together to create a classic song. Lennon had attended a 14-hour festival, The Technicolor Dream, before returning home and writing lyrics about the beautiful people he had seen. Hippies in the mid-60s often referred to themselves as beautiful people. McCartney had a chorus including the title that was added to the song to create a classic. Several interpretations of the song see it as a critique of the counterculture and a commentary on fame. Check out our list on songs about betrayal for more Beatles tracks.

Sonny & Cher recorded under several guises during their early career. The duo’s record label, Reprise signed them twice as Sonny & Cher and the regal sounding Ceaser and Cleo. Baby Don’t Go was released before their breakout hit, I Got You Babe prompting the rerelease of the song as a major hit. The theme of being a social outcast was first visited by Sonny Bono in this song and would recur throughout his career as a songwriter.

Rob Zombie has become a popular movie director and musician in his career. Zombie created the Hellbilly albums with his band and recorded Werewolf, Baby! as part of the first album. Zombie remembers starting with the title and deciding the song had become too orchestrated by the release of the first Hellbilly. The Hellbilly 2 album included several songs that had been abandoned for the horror-drenched album, including Werewolf, Baby!

Robert Van Winkle, better known as Vanilla Ice is a celebrity contractor in the 21st-century. The rapper began his career with a release of Play That Funky Music and the B-side of Ice Ice Baby. The cover version has been lost as Ice Ice Baby has grown into a pop culture phenomenon. The song launched the rapper onto the world stage and allowed him to start a movie career. The following releases by Vanilla Ice were less successful and resulted in him turning his back on recording original music.

Lana Del Rey is beloved of New York hipsters. That did not stop the singer-songwriter from recording a satirical song poking fun at the Brooklyn subculture. Del Rey created a sound reminiscent of the 1960s girl-group wall of sound genre. The song pokes fun at all the aspects of Brooklyn life Lana Del Rey is thought to enjoy, including hipsters, and the millennial culture.

21. Baby Did A Bad, Bad Thing by Chris Isaak

Chris Isaak did record songs with baby in the title. Stanley Kubrick’s decision to use the song as the centerpiece for the previews of his final movie, Eyes Wide Shut, with Nicole Kidman and Tom Cruise made this a cultural phenomenon. Isaak went on to enjoy some success as an actor with directors such as David Lynch and Jonathan Demme.

Best songs about getting revenge

Best reggae songs ever made

Best songs about pain and suffering