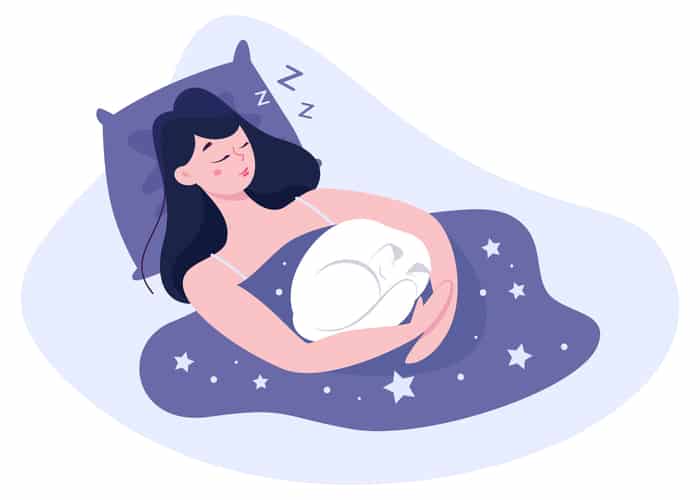 Sometimes, your mind is too active, or your hormone levels imbalance, affecting your ability to fall asleep. Listening to music before bedtime can help you drift off into slumber faster and enhance the quality of your sleep. Perhaps listening to songs about sleep will assist. Our top picks are:

I think this is one of the most romantic songs ever. The 1998 country song talks of a lover who would rather sacrifice his sleep to watch his partner sleeping and dreaming while pondering what she is dreaming about. He is intent on not missing a single moment of their time together. Really, this is a top song about dreams in a way, too.

The song featured as a soundtrack for the Armageddon movie. In 1998, it received nominations for the Billboard Music Award for Soundtrack Single of the Year and the MTV Video Music Awards for Best Editing and Best Video from a Film. In 1999, it was nominated for the Grammy Awards for Song of the Year and Best Pop Performance by a Duo or Group with Vocals, the Academy Award for Best Music (Original Song), the Satellite Award for Best Original Song, and the MTV Movie Award for Best Musical Moment. There have been over five renditions by various artists over the subsequent years.

2. “The Lion Sleeps Tonight” – The Tokens

From an album of the same title, this song was adapted in English and released in 1961 by the doo-wop group. In the United States, it became a number one hit and earned millions of dollars in film licensing and cover versions. This ballad was initially recorded in Zulu in the 1930s by Solomon Linda, a South African musician, titled “Mbube,” which means “lion.”

It featured in The Lion King movies. On the Billboard Hot 100, it peaked at number one. Various musicians have covered the song, and it has become a popular culture staple.

This synthwave R&B soul tune from the album “After Hours” talks about a sleepless night without the presence of a loved one. The song title is derived from blinding lights, likely on a highway, as it also talks of hitting the road. There have been other recordings of the song, including Pentatonix in 2020 and The Naked and Famous in 2020.

The song was released in November 2019 and was one of the 2020s biggest hits. By mid-2020, it had amassed over 1.36 billion streams. Although not advocating for drunk driving, The Weeknd state that that’s the dark undertone of the song.

The song depicts a person who has become emotionless, having gone through a troubled patch with siblings. As a result, the darkness inside is too hard to beat, causing sleeplessness. The reference to being called home is likely a call to death.

Inspired by Ellie’s fear of the dark as a child, the 2011 synthpop tune was a global hit. After thirty-three weeks on the chart, in the US, it peaked at number two on the Billboard Hot 100. This is one of the few tracks to have stayed on the Hot 100 for over a year. The song was also a financial success, charting in numerous countries and reaching the top 20.

This 2019 dance-pop song is about a lover wondering how his partner manages to sleep at night knowing they are deceitful. Sam talks of almost losing himself to the quest of finding out what his lover has been engaging in. He does this by snooping through their phone.

This soul train song was first released in 1972. It talks about turning to sleep pills to find sleep, albeit ineffective because losing love is clouding the mind. In the US, the song reached number twenty-eight on the R&B Charts the same year.

It then went up to number eight on the Billboard Hot 100 Chart and peaked at number two on the Adult Contemporary Charts.

Next: Top love songs for him (boyfriend tracks)

There seems to be a pattern with lost love being one of the main reasons for sleeplessness, only this time, sleep is overcoming. This 2009 rock song illustrates this. The subject of love is seen in the dreams, creating a happy place, thus the reason for the request not to be awaken from slumber. Dreaming is the only time he gets to experience the presence of his loved one.

The song got inspiration from Mel Gibson’s movie “Braveheart,” where he gets dreams of his dead wife, and she speaks to him. Vocalist Cooper wrote the song in the dedication of his deceased grandfather, who visited him in his dreams, a recurrent occurrence.

8. “You Can Sleep While I Drive” – Melissa Etheridge

Melissa calls out to a lover to take her with him and leave town in search of filling this void she sees in his eyes. She wants to fill this gap and doesn’t mind driving while he sleeps; after all, she has a full tank of gas.

The country song was released in 1989 and ranked number twenty-three on the Billboard Hot Country Singles and Tracks Chart.

The Sandman is a legendary figure in European mythology who lulls people to sleep and promotes and inspires lovely dreams by dusting enchanted sand in their eyes. This 1954 traditional pop song has the artist placing an order for a loved one before she falls asleep.

This version (there were several others) was a number one hit, topping the charts for about seven weeks. Later on, it received a Grammy Hall of Fame Award. It also featured on numerous charts worldwide, holding a top fifty position in all.

This new wave 1983 song talks about sleep talking, revealing the deep dark hidden secrets of a lover. It seems pretty intense and would probably make someone who talks in their sleep fearful if they have secrets.

Initially released as a single in 1984, the dance-pop song was quite a hit. The idea came from a note George left for his parents requesting them to wake him up before they go. The extra go was a typo. The song exemplifies a lover left in bed while the partner goes dancing the night away. It’s a request to be taken along next time around. This is a great song for waking up at the start of your day, by the way!

It was the duo’s first number-one hit in the US and the UK, selling more than two million copies. It ranked number one on charts in Australia, Belgium, Canada, Europe, Iceland, Ireland, Netherlands, Norway, Sweden, the UK, and the US. The song is heard throughout a crucial sequence in the comedy film Zoolander, which takes place inside a petrol station.

This is yet another song depicting dreamland as a happy place because it’s the only place the narrator gets to be with her lover. She prefers the night over the day as she gets to sleep and feels her lover close to her.

13. “Sleeping on the Blacktop” – Colter Wall

Wall released this folk song in 2015. It seems to represent a drifter’s lifestyle, moving from one town to another and sleeping in between.

The song was presented in the motion picture Hell or High Water. Although not nominated for an award, the film received nominations for Best Picture at the Academy Awards.

Yet another song illustrating being peaceful when sleeping, the narrator requests not to be woken up as it would spoil his day. Lennon, who wrote the song, enjoyed staying in bed even when he wasn’t asleep.

This psychedelic rock song was released in 1966 and has had at least six other versions recorded by various artists in subsequent years. In 2018, on their best Beatles songs list, Time Out London ranked it at number twelve.

Next: Best songs about having peace in the world

This 2012 indie song depicts sleep as a place to hide away since the narrator is unable to say the right things. The words insinuate that he isn’t making much out of his waking life, representing a heartbreak.

He talks of walking on a dead-end street, illustrating a lack of success and turning to sleep as a welcome getaway.

16. “No Sleep Till Brooklyn” – The Beastie Boys

This 1986 song depicts the band on tour with such a busy schedule they do not have time to sleep. There’s a variation of activities described here, emphasizing the lack of time for sleep, and their determination to get home (Brooklyn), before catching a wink.

The song was the bands’ concert favorite, popularly used as their closing track. It featured on several charts worldwide, including Belgium, Netherlands, Germany, and the UK.

From the album “A Few Questions,” this 2003 country song talks about sleeplessness caused by the absence of a loved one. It’s probably a wake-up call to those who lose loved ones because of pride – as the song narrates, a regrettable action.

On the US Hot Country Singles and Tracks, the song attained position nine and number sixty-one on the US Billboard Hot 100.

Next: Top songs about regret and guilt

The narrator illustrates a troubled, sleepless night caused by the absence of a lover, making a single day feel like a week. This is represented in the pulling of curtains and tossing and turning. Insomnia makes the narrator reach between the sheets searching for the loved one, albeit unfruitfully because they aren’t there.

The trance-pop song was released in 2019 as a single. In Norway, Denmark, and the Czech Republic, it reached the top fifteen in the charts and attained a top eighty position in Greece, Ireland, Lithuania, and New Zealand.

Next: Top songs about missing your loved ones

The song laments those periods as children when we are catered for that we will never be able to relive before the onset of maturity. It reminds one of the lullabies sung to lure sleep. Thomas Dekker’s ballad, an Elizabethan dramatist and poet, inspired the lyrics.

The Beatles released this symphonic rock song in 1969, and there have been almost ten different renditions of the song by various artists, including Ben Folds in 2002 and Dua Lipa in 2017.

20. “Behind the Wall of Sleep” – the Smithereens

From the album Especially for You, this 1986 power-pop song talks of a lady who has mesmerized the narrator. Unfortunately, the only way for him to reach her is in his dreams, so he lies in bed, thinks of her, and experiences being with her behind the wall of sleep.

The song peaked at number eight on the UK Indie Chart and number twenty-three on the US Mainstream Rock Billboard.

The narrative of this indie 1986 song is a cry from the narrator, requesting to be sung to sleep. It depicts that he is tired of life and wants to die, stating that he does not want to be awakened in the morning as he will be gone. He talks of the existence of another world – one he really wants to go to, implying he wants to die.

The melody is soothing and may aid in falling asleep and may be one of the most profound songs about sleep. In 2010, Stars did a rendition of this song, and in 2011, Emily Browning followed suit.

Greatest songs with numbers in the title

Best death songs to grieve to