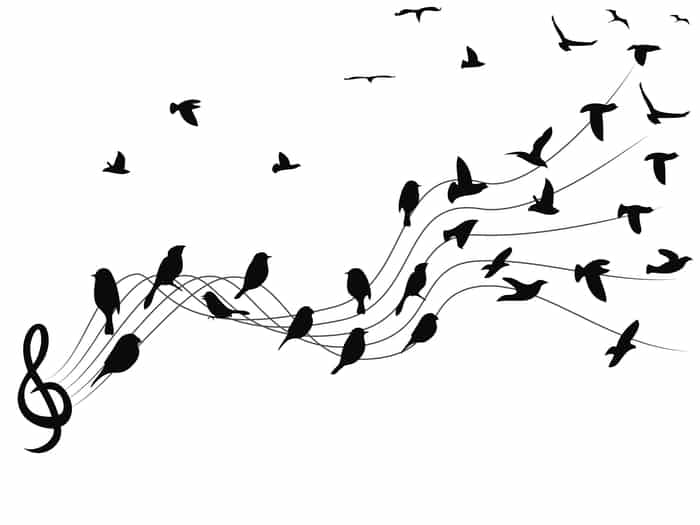 Living a life of restriction can be traumatizing, especially when it infringes on your basic rights. For years, people have fought to achieve freedom. Once attained, it’s liberating – what’s better than a musical tune to relive the experience, motivate, and give hope. Our best songs about freedom are:

This is among the most widespread rock songs about freedom. It portrays the enormous social upheaval that shook Germany in the run-up to freedom in 1989 when the Berlin Wall was eventually torn down. When the band visited the Soviet Union during the height of Perestroika, Meine wrote the lyrics. The sentiments are those of peace and hope.

The song was released in 1990 and it is believed to have sold 14 million copies around the world. It peaked at number one on charts in at least nine countries globally. There have been four other renditions of the ballad in subsequent years.

This is another great classic and is a very popular song about freedom the world over. Marley drew inspiration for the song from Marcus Garvey, a civil-rights activist. Sadly, this was his final single before his passing in 1981, just about a year after the song’s release.

This great reggae song is unique and unlike most of the group’s reggae tones in many ways. In a minimalistic nature, it only consists of an acoustic guitar. The song talks about achieving freedom from mental slavery. The New Statesman listed it among the Top 20 Political songs, too!

The 1989 pop song depicts freedom from relationships and commitment. It is one of Petty’s hit singles, contributing to his success of selling over 80 million records globally throughout his musical career.

It received nominations for the Grammy Award for Best Male Rock Vocal Performance. Over the years, it has had almost ten other versions recorded by various artists, including John Mayer in 2008.

Next: Best songs about unrequited and unwanted love

The video of this 2015 indie-pop song illustrates freedom from slavery and laborious toiling. It talks of being free from a range of captivities in varying situations. The song featured as the original motion picture soundtrack for Despicable Me 3.

The narrator is as free as a bird, ready for flight at any moment. It is about having the ability to leave a situation in the spur of the moment. From Forrest Gump to The Simpsons, this song has been utilized in many TV series and movies. The 1972 rock song recounts the narrative of a man’s explanation to a girl why he can’t commit and settle down.

One-half of the group Wham!, George Michael, wrote this song. It was released in 1984 and ended up being quite a hit, one of his first as a producer and songwriter. The song illustrates the absurdities we do for love. A lover sings to another, stating they do not want freedom and will forgive anything they do, despite knowing about infidelity.

It attained number one on the UK Singles Chart, becoming the duo’s second top hit. It featured on US Top 100 Billboards. It was also number one on charts in Ireland, Norway, and Iceland and number two in Belgium.

Next: Best songs that tell a unique story

This 1964 poetic song is about personal freedom and a call to remind us not to forget the downtrodden. It is an expression of the narrator’s solidarity with the oppressed. The song describes the predicaments they find themselves in and the glimpses of freedom they experience.

It reached number eight on the UK Top 75 chart. The ballad has several other renditions recorded, including a version by Youssou N’Dour in 1994 and Bruce Springsteen, Tracy Chapman, and Sting in 2013.

The 2010 southern rock song illustrates how lucky each American is to be born free. It is certainly a celebration of freedom. Mitt Romney utilized it in his 2012 Presidential campaign.

On the charts, the ballad maintained the top one hundred positions in Switzerland, Italy, Germany, Europe, and Austria. It also featured on several US Charts with the best positions being number twenty-six on the US Adult Contemporary Billboard and number thirty-one on the US Rock Songs Billboard.

The artist dedicates this song to herself and the struggles she has faced. It is a reiteration to self to get free from a situation of negativity and convert it into a more positive, happier one. The lyrics refer to this dissuasion and pessimism as “the dark,” before Lana expresses her desire to follow her heart, which she represents by stepping “into the blue.”

On the charts, the song peaked at number twenty on the US Hot Rock Songs Billboard.

From the album Strip Me, this ballad was released in 2010. The song represents the weightlessness of being free with no baggage, no inhibitions, and nothing to hold you back. The song talks of letting go of the material things that define you, setting yourself free from the pressures of this world.

The song features in the movie The Pirate Fairy as one of the official soundtracks. On the UK Albums Chart, the album attained number one.

This country guitar song was released in 1984. It is a celebration of freedom and pride in being an American. It is also a commemoration of the men who died to attain that political freedom.

The song received nominations in 1984 and 1985 for the Country Music Association Award for Song of the Year. In 1985, it got nominated for the Grammy Awards for Best Country Song and Best Male Country Vocal Performance. It has several other versions by various artists, including Beyoncé in 2008.

The folk-rock song, released in 1969, became an instant classic. It was notably different in style from previous recordings the band had released. It talks of personal freedom from something that had the narrator in bondage, probably an addiction of sorts. The narration depicts this that he is set free to find another illusion.

The song is, however, open to varying interpretations. Brian Eno did a rendition of the song in 2016.

This 1980 bouncy rock song is taken from the album of a similar name. It is the group’s first single. The song talks of personal freedom – being free from a jail cell and being free to party. Its inspiration comes from Paul’s youthful days, the bass player of the band, who grew up a rebel.

This song is the band’s debut single. It reached number thirty-four on the UK Singles Chart.

14. “Freedom” – Rage Against the Machine

The song’s overarching subject is how the media, US government, and businesses are capable of convincing Americans that they have “freedom” while surreptitiously blinding them to other realities, making the freedom feel so much more genuine. This funk metal song was released in 1994.

In 1993, the song premiered on 120 Minutes, an MTV show. In 1998, the song featured in Daria, an MTV series, in the episode Quinn The Brain. The song’s video focuses on a leader of the American Indian Movement, Leonard Peltier, raising awareness.

This poetic track released in 2019 celebrates freedom. The first section of the song celebrates the liberation of living in the now, unburdened by the baggage, old days, the past, ties to other people, or a self-imposed definition of who you truly are. There is a desire for home towards the end of the song.

The song also refers to a burdened past but states that freedom makes one float high, a liberation. It offers a mesmeric lyrical experience.

This song has a blend of dance-rock, synth-pop, and new wave beats to it. Released in 2008, music critics reviewed it positively. It was the band’s third song to feature on the UK Singles chart and attained a top-five position. The song depicts a human and a dancer as different species, signifying the freedom experienced by a human because of free will.

On the charts, it debuted at number thirteen in the US on the Billboards Hot Modern Rock Tracks and made it to number six. For the band, it is their sixth top ten hit. On the UK Singles Chart, it attained number three. BBC Radio 1 depicted it as the thirty-ninth most downloaded song in the country in 2012. On other global charts, it was number nine on Canadian Hot 100, number thirty-four on New Zealand RIANZ Chart, and number four on Norway’s Top 20. It eventually made it to number one in New Zealand.

Next: Top songs about heroes

A song with a synth-pop and pop-rock beat was released in 1984 despite being recorded in 1983. It talks of breaking free from lies and possibly what was a false love. While the decision to live without the subject of love is difficult to get used to, it seems inevitable. It’s generally a contradiction of wanting the feeling of being in love yet being alone.

Incidentally, the song’s video was banned by MTV as the band members were wearing drag. This affected the US audience, killing the single. In the later years of the 1980s, the ballad became an ANC anti-apartheid anthem in South Africa.

This song became the group’s most successful ballad commercially, attaining number one in various countries globally, including The Netherlands, Belgium, the United States, Australia, Canada, and Germany.

The synth-pop song was released in 1984 and became the band’s sixth UK Top 40 hit. In 1985, it peaked at number four in the UK. On the US Billboard Hot 100, it attained a number one position in 1985, a position it maintained for three consecutive weeks. Eventually, it managed to reach number one in various countries.

From the album Freedom, this heartland rock song talks of rocking in the free world. It depicts the hardships of life and a woman struggling to raise her child, encouraging her to keep on rocking despite everything.

In subsequent years, the song received several other recordings, including Pearl Jam in 1993, Bon Jovi in 2000, and Suzi Quatro in 2006. On Rolling Stone’s list of 500 Greatest Songs of All Time, it was ranked at number two hundred and sixteen. It has continued to be used in several political events in the US.

This folk song on guitar is not just a message of optimism; it also reflects the assurance of a brighter future in which everyone will have equal opportunities and rights regardless of ethnicity or economic and social background.

Pete Seeger recorded the song in 1950. In 1959, it became an anthem song for the civil rights movement in America – a song hoping for freedom. It emphasizes the overcoming of hurdles someday.

This 1984 pop-rock song is a depiction of finding strength from within. The narrator states that heaven helps the man who fights his fear, meaning that you have to start the process from inside yourself. It illustrates that running away is not a solution; rather, you should face your fears, shake off the past, take control and do what it takes. It also seems to talk of a lover being the source of strength for the narrator to keep going. I guess it means we should all find what drives us and hang on to it.

It was featured in the movie Footloose and attained number twenty-two and number thirty-one positions in the Billboard Hot 100 and Canadian Hot 100 Charts. It also attained number seventeen and forty-two on the US Cash Box top 100 and US Billboards Top Rock Tracks. It is among the most recognizable songs by Loggins.

If you are feeling enslaved in any form of chain, be it a toxic marriage, work or friendship, these are the songs that will break you loose.

Best songs about strength and not giving up

Best songs about dreams and dreaming ever

Top songs about food ever made

Best songs about missing someone you love very much