As a musician, I’ve known a number of developing singers (and been one) who are struggling to sing the songs they want to sing. As beginner or novice singer, we tend to be inspired to sing by the most impressive songs we know, the ones where the vocalist really belted out a stunning performance. We want the feeling of standing before a live audience and blowing them away with our golden pipes and our eruptive passions.

As you know, there are certain songs that every beginner guitarist will learn. Smoke on the water, for example, is easy to play and gives new players the chance to feel the thrill of playing a cool rock song correctly. Well, the same goes for singers. As a novice singer just learning to sing who wants to bust out big notes, the best place to start is with easy songs to sing, songs that are well suited to beginners.

The following 20 songs for beginners were carefully chosen by yours truly. I think you’ll find that what these songs have in common is they are crowd-pleasers with low prestige… and there’s a common theme of heavy drinking. That means you’ve got a wide-open path to victory, my friend. Enjoy.

The ultimate low difficulty, low-prestige, crowd-pleaser, Friends in Low Places does not take any chances vocally or thematically. It’s a simple, good-time song that’s sure to carry the night.

Next: Best bar songs ever made

Folsom Prison Blues is another crowd-pleaser by the master of humility, Johnny Cash. It’s a fun and rebellious song that plays well to a whiskey bar crowd.

Next: The top country Karaoke songs ever made

Knockin’ on Heaven’s Door is thematically more serious than our last two songs. But it is technically simplistic. It’s meant to be sung in moderate, low energy tones that are easy to pull off and satisfyingly emotional.

Like Johnny Cash, Leonard Cohen carries the day with style, even though he- rather famously- is not a great singer. That makes things even easier for us! Hallelujah is a classic that is sure to please.

With this song, you don’t even have to try. In fact, if you try to sing I Love Rock ‘n’ Roll well, you’re kind of missing the point. Think of this as more of a slow-paced punk song and try not to spill anyone’s beer. Master your punk singing voice before trying this one out!

Next: Best karaoke songs for women to sing (our list)

6. Oops, I Did It Again by Britany Spears

The secret to singing this song well at a karaoke bar is in the title. It’s a walking mistake, a sexy mistake, but a mistake. Just have fun and let it rip.

Next: Best sexy songs ever made

7. Wannabe by The Spice Girls

This song is a classic of silliness. It’s dumb, it’s juvenile, and it’s a heck of a lot of fun. Have your friends join you on stage. It will help cover up any inevitable intonalities.

Next: Great Karaoke duets to try out

Fun, friendly, and sentimental- Brown Eyed Girl is a summer song for the ages. Simply choosing this song is sure to get the crowd going, and you won’t even be able to hear yourself over the cheers.

9. Hey Jude by The Beatles

The quintessential crowd-pleaser. There is no respectable audience in the world that does not respect this classic from the world’s foremost pop-rock band. Just try not to make it bad.

Neil Diamond is a serious vocalist. But what makes his songs so enjoyable is you don’t have to be one to pull off a Neil Diamond song. Sweet Caroline is, well, sweet, fun, humorous, and everyone loves it.

No list of karaoke songs would be complete without the fun and riotous inclusion of Hey, Ya, by Outcast. This is another one that could test your pipes but doesn’t have to. You can put some effort into it, or not. All right?

The fun in Tubthumping is that if you actually are tubthumping, by which I mean drinking, it’s much better. Give it a go, and please, tub-thump responsibly.

This is the song to sing when everyone is tired of listening to people sing and you just don’t care. Sing Closing Time when the bartender is announcing last call for the third time and your friends who are counting on you for a ride are anxious to leave.

14. The Bad Touch by The Bloodhound Gang

The great thing about this song is there is no singing in it. Just rap/talk your way through it.

Another major goof-around sing. It’s not sexy, and it doesn’t have to sound good either.

17. Build Me Up, Buttercup by The Foundations

Another great song that doesn’t have to be sung well to be good. Do your best, though, because the Foundations were actually excellent vocalists.

Next: Best kids karaoke songs of all time

18. Should I Stay or Should I Go by The Clash

This is kind of a joke song to sing at karaoke because if you sing it badly it’s like suggesting that you actually should go. See if anyone gets the joke.

Another sweet, fun, good time song that people just love to sing along with, recorded by talent chameleon, Boy George.

Another easy-to-sing song, recorded by very talented and capable vocalists. Have a good time with this one, and if you’ve got the pipes- show them off… or just goof around. It’s up to you.

Okay, I know you want me to cut you loose with the list so you can run down to the karaoke bar and woggle your sideburns to your favorite easy karaoke songs right away. But before you do, it might help to understand what makes some songs easier to sing than other classic karaoke songs. I promise it will be quick.

What Makes Some Songs Easier to Sing Than Others?

To make it simple and get to the list, let’s think of the difficulty of a song as measured by three metrics: vocal range difficulty, frequency, and prestige. By range, I mean how high are the vocals expected to go and how low. By frequency I mean how often and how dramatic are the changes between the highs and lows of range within the song. Finally, by prestige I mean how seriously does the song take itself, and how seriously is it taken.

Singing a song with a big range is like doing rock climbing and spelunking all before brunch. Big range songs go for the extremes of high notes and/or low notes. That’s asking a lot of any singer. Let alone one who is just trying to swing it at the local karaoke bar. For now, let’s just walk a nice mountain trail. If you want to try more challenging songs, work on increasing your vocal range, first.

Singing a song with a broad frequency is like running up and down a basketball court non-stop. Few singers have that kind of vocal stamina. What you want to do for now is bob around the hoop taking short shots and doing layups.

And finally, we come to prestige. The prestige of a song is a subjective measure of how much fans of the song will be annoyed if you hit the wrong note, strike the wrong tone, or violate the spirit of the song. Fun pop songs by their nature are low prestige, usually. The more casual and playful the song is, the easier it will be to sing. Another way to think of it is that some songs are like an ornate gown and some are like an old pair of jeans that couldn’t look bad if they tried- but that you wouldn’t wear to a job interview.

Before we go to the list, there’s one thing that will make all the difference. That is, is the song a crowd-pleaser? Is it a song that everyone loves? If you pick a winner, the audience will happily forgive all of your missteps.

Before you choose your favorite karaoke songs, think of your selections in these terms and the chances that your audience won’t turn your performance into a drinking game will vastly improve.

Top karaoke apps for the party

How to write a song 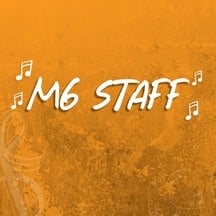