19 Best Instrumental Songs of All Time 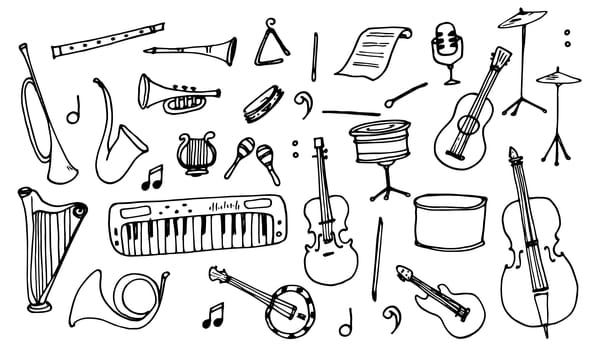 Instrumental songs come in various shapes and sizes and have been used in the opening and scenes of our favorite shows and movies. Consequently, many instrumental songs have become popular over the decades.

Whether you’re an instrumental enthusiast or you’re looking to listen to this genre for the first time, here are 21 of the best instrumental songs of all time to add to your playlist.

This song was a one-hit-wonder for the group when it was released in 1958. “Tequila” was loved as a jaunting dance number. It’s enjoyed acclaim and revival of its popularity since then due to its inclusion in many films. The most notable of these films was Pee Wee’s Big Adventure in 1985.

Interestingly enough, it was initially released as a B-side for the song “Train to Nowhere” but grew to receive its own acclaim.

Another song that evokes confidence, smoothness, and a fun time, “Green Onions,” was Booker T & the M.G.’s signature song. This song has been used extensively in the media and is instantly recognizable to most.

Used in popular and niche films alike, “Green Onions” can be heard in movies from the hit Rush Hour to the iconic The Sandlot. It evokes feelings of playful youth and mischief, making it ultimately memorable as accompanying scenes that communicate those themes on screen.

The album this song was released under was said to be synonymous with the sounds of the 90s. Although the humor and punk quality of the band is on full display throughout this album, which was released as a hip-hop album, instrumental tracks like “Sabrosa” exemplify a smooth, neat, downtempo style of jazz that would feel at home in a sophisticated lounge or jazz club.

The Spanish “sabrosa” translation is “tasty,” which relates well to the song’s smooth and comparably sophisticated effect compared to the rest of the wildly eclectic album.

Consider next: The best jazz songs ever made

Instantly recognizable even from its opening bars, this classic surf-rock instrumental could have gone an entirely different way. The song was originally going to be called “Stiletto,” and the opening would have featured the sound of a switchblade being opened.

Instead, the band decided to break a 2×4 plank in front of the microphone, record laughing, and scream “wipeout,” creating that iconic opening that many movies, particularly surfing-related ones, have featured.

The song encapsulated California surf culture and took the world by storm, and it was on the top of Billboard’s Hottest 100 Songs of Summer in 1966.

Although this group is known for its hard, classic rock contributions, Led Zeppelin’s lesser-known folksy rock tracks have been appreciated and extensively utilized for their instrumental merits. Some of this song’s most well-known riffs were inspired by a traditional Irish folk song called “Blackwater Side.”

There has been significant controversy about the extent that Led Zeppelin borrowed from other songs for “Black Mountain Side” because it borrowed heavily from Bert Jansch’s prior recorded version of the folk song.

Composed by guitarist Dickey Betts, this song was named for his new daughter, Jessica, who had been born recently. While the song never had critical acclaim as a chart-topper, it’s been a fan favorite and has been included in television and movies.

Most notably, it’s the theme song of Top Gear and appears on Field of Dreams.

Betts also composed a song for Jessica’s mother and his wife, Sandy Bluesky; the song is called, of course, “Bluesky.”

This track on the group’s debut album started as a guitar-solo warm-up for Eddie Van Halen. His producer walked in and liked it so much that it made it to the album. Still, Van Halen himself never thought he played it to its full potential on the album itself.

It features many sounds that people had never heard come from a guitar before, and it was used in promotional videos for the band as an example of their groundbreaking sound. Seeing as how it was on the group’s debut album, it cemented their status as an edgy and experimental rock back in the era.

This track became an R&B and rock n’ roll standard alike. It has jazzy and bluesy accords, thanks to jaunty guitar riffs and a few involvements of Doggett’s own championed organ, which he introduced into many swing and blues songs.

The opening of the song is easily recognizable, with handclaps and yells and a danceable beat. This song and others on the same album influenced many other musicians, from James Brown to the Beach Boys.

Sadly, not much detailed information exists about Doggett’s life and musical journey, other than the fact that he had an incredible impact across many genres of music, including blues, jazz, rock n’ roll, and soul.

As Eddy’s first single, this song has made a considerable impact on far-reaching parts of the music industry. The opening refrain itself is very recognizable because of its inclusion in the Beach Boy’s “Surfin’ Safari.”

Likewise, Bobby Darin asked to use the title of this song in his hit “Splish Splash.” Thankfully, both groups asked Eddy’s permission to use pieces of his song, and he gladly obliged. Eddy is credited with explaining that that’s simply how the music grew and evolved in that era, and that it was meant to be borrowed, shared, passed around and improved upon.

Like many great instrumental tracks within the rock genre, this was semi-improvisational, experimental, and longer than a traditional track, at just over 10 minutes. Fans have long appreciated the psychedelic nature of this song.

It was written in 1966 and appeared on their 1967 debut album release, The Piper at the Gates of Dawn. Its style is mainly psychedelic and experimental, full of discordant chords and experimental musical methods.

It originated when the band’s manager hummed a tune trying to remember the song it belonged to. Guitarist Syd Barrett interpreted that snippet of a tune into this track, which has been used in films such as 2016’s Doctor Strange.

Although he was most notably loved for his work as a leading jazz trumpeter, Davis added a rock flair to this instrumental song on his classic album. Because it dips between Davis’s beloved jazz and back into rock at times, it’s known as a tremendous jazz-rock fusion song ahead of its time.

The album was imagined as a tribute to Jack Johnson. It was intended to undertake his exact classic rebellious nature and punching power in the tonal and note quality of the songs. Davis wrote the album initially as the score for a documentary about the boxing legend’s life and journey to becoming the first African American heavyweight champion in 1908.

This instrumental rock song was one of the few ever to hit Billboard’s Hot 100. Featuring synthesizer and keytar, it was a creative, modern take on a bluesy riff that Winter had imagined would help cement his debut as an instrumentalist.

Its name comes from the way the original 20-minute long track was cut down manually, with pieces of the song laid across the recording studio, cut and hobbled together, in a way that the drummer, Chuck Ruff, said was likened to Frankenstein.

This instrumental song was created based on the foundation of Morse code. Rush took the rendering for this code for the Lester B. Pearson International Airport in Toronto and transposed it across several instruments to work through the melody.

The group was introduced to the rhythm when driving into the airport near their hometown and was instantly transfixed with the rhythm, which stuck with them and became the cornerstone for this hit instrumental song.

The song also features groundbreaking harmonic innovations that have made it a classic, as it’s one of the few instrumental songs featured in the Rock Band and Guitar Hero video game series.

This song is featured on the group’s all-instrumental album, The Mix-Up. Whilw the group typically has a rock and hip hop hybrid sound, their instrumentals carry a funky jazz feel. The Beastie Boys used old instruments and equipment from the 60s, 70s, and 80s to record this album. The songs display the influence of 70s jazz funk with plenty of distortion and walking bass lines.

The band claimed that the imposition of those parameters—the use of older equipment and the challenge of not using lyrics at all—helped to double down on their creativity. They even wore suits and ties to the studio every day to record to further implement the idea of boundaries and rules as an inspiration for this album.

The Lord of the Rings movies have been classics in their own right for some time, and Shore’s accompanying soundtrack is a masterpiece in itself. One of the very first songs heard in the opening movie, “Concerning Hobbits,” runs the gamut from dark and brooding to light and joyful as well as foreboding and mischievous.

It exemplifies many of Shore’s themes throughout the series’ soundtrack, such as chirping flutes and airy, whimsical whistles.

This group has churned out some tremendous instrumental and soundtrack-bound songs, primarily from the record The Earth is Not a Cold Dead Place, which featured this hit instrumental. While many of the accompanying songs were used in the show Friday Night Lights, this song went on to be featured in an Adidas commercial.

Contrary to the pessimistic-sounding song titles from this album, the tracks are light, airy, optimistic, and impart a sense of real-life wonder.

Another master soundtrack composer, Silvestri, undertook and succeeded in a remarkable feat of musical storytelling with the soundtrack for the classic movie Forrest Gump. Despite some of the complicated topics handled in the film, the title character’s emotion, growth, and innocence are captured in this track.

It features a simplistic piano melody that still manages to capture the epic nature of the film and the underlying themes and emotional journeys the characters will navigate.

Explosions in the Sky is known for its sweeping instrumental rock. This dramatic contribution to the same album that features “First Breath After Coma” has been overwhelmingly popular on television and movies.

It features the same light optimism as the rest of the album, but with a bright burst in the middle that delivers a much more relentless and rough feeling. The song was adapted slightly to be used as the theme song for Friday Night Lights.

As the opening track on Bowie’s album Low, this song features synths and manipulated drum beats. It departs from the overflowing style that Bowie had grown into and signaled a bit of a style switch, which was something that displeased his record label.

The song was initially intended to include lyrics, but Bowie was satisfied and felt the song was complete enough without them. Because Bowie only sang five tracks on the album, the record label, RCA, even tried to block the album’s release to get Bowie to re-record in more of his previous style.

Something about instrumental songs just hook our imaginations and allow us to dream. Songs without words let us imagine or feel whatever we want to, and as such, we can make them our own.

Whether you love the grand, sweeping instrumentals of your favorite movie’s soundtrack or the improvised songs on your favorite band’s most obscure album, instrumental music makes it easy to connect and see ourselves in art.

Whether you love it or you’re just getting into instrumental music, check out some of these best instrumental songs of all time, and you’re sure to not be disappointed!

Top baseball walk up songs ever

Top bass songs ever made