DMX is one of those rappers who deserved even bigger acclaim than they achieved in their life. Sadly, his death in 2021 robbed us of his talent while he still had so much to say through his music.

But it’s not all bad, as DMX did leave us with some songs that remain hip hop classics, and we have pulled together a list of 21 of the best DMX songs of all time to show you just how amazing he was.

While some believe DMX was aiming this diss track at a single individual, others feel he contained so many points in the single that he had to be talking to a broader audience. No matter what the answer is, this track is thumping with aggressive beats and a delivery of lyrics that lets you know this guy has something to get off his chest. Boy, does he manage to do that in spades.

2. A Minute For Your Son

The problem with this track is that most people ignore it, and that’s a mistake. It’s emotional and about the family with DMX stressing what’s vital in life. It does have something of a somber mood to it, but that adds to the strength of the message he’s putting across throughout the track.

Next: The best 2000s rappers (our full featured list)

DMX has an incredible ability to just be real when spitting out his lyrics, and this song is a prime example of that. The bars are insane, and he flows through the verses without a care in the world. His control is always outstanding on a track that remains one of his most popular even today.

This track will blow your mind. It’s as if DMX is rapping with two different personalities, and yet they all blend together seamlessly into one throughout the track. It means he bounces through the song with a beat that helps him do that with ease, leading to a track where he can discuss his pain and share it with anybody who listens.

What stands out in this track is the aggression and vibe DMX gives off as he blasts through the verses. The beat lifts the song up while DMX delivers raw lyrics that pack one serious punch. He means business here, and you are left in no doubt of his feelings and emotions by the end. It’s an expertly crafted song.

This song also features The Lox and Lil’ Kim, so you have an insane amount of talent all put together for this one track. It’s frantic as they fight against one another in the track, and yet it leaves you feeling breathless at the end, making this track an absolute must to listen to.

There’s a real hunger bursting through this song, powered by solid beats that drag you through the track while DMX delivers his perfect flow. The way he spits out a sense of anger and dismay adds so much to a slick track.

8. Where the Hood at

This track involves DMX having a bit of fun, and yet at the same time, he still produces something that’s anthemic in nature. The beat is killer, but the way DMX delivers the verses will turn out to be the real star of an explosive track. But be warned, he does dive into some areas that people may not enjoy, so focus on the artistry of how it’s all pulled together rather than some of the words he says.

Next: The best rap albums of all time (full featured list)

The stand-out part of this song has to be the instrumentals. It has a massive riff, which some believe to be the best to have ever been produced in hip hop, and yet DMX still adds a whole lot thanks to his always stunning delivery. He throws out lines with sheer confidence that you cannot help but admire this track.

DMX has always come across as a real force of nature, and Dogs for Life is another example of his power as a rapper and wordsmith. His anger through his lyrics is apparent for all to see, but he doesn’t just blast through them without much thought. Instead, he crafts together strong verses tied in with tight beats resulting in a stunning track.

The thing we love about this track is the fact his vocals throughout are scary as hell. The vibe he gives off while delivering his verses is crazy, and by the end of it all, you feel as if he has shredded your nerves. It’s mind-blowingly good, but expect to feel exhausted by the end, thanks to the energy he emits throughout the song.

The delivery in this track is as close to perfection as you are ever likely to hear, but then this is something DMX excels at. The lyrics are designed to move you, and DMX enhances that feeling with the way he flows through the verses with a lot of style. Also, a quick mention of the beat, as it simply supercharges the delivery to levels, you will struggle to see elsewhere.

Next: Great depressing & sad rap songs for down moods

This track is a must for all DMX fans, and it’s different in that it’s sort of a love song delivered in his usual flow. In the track, DMX makes things feel so real, and while there’s a sense of tension throughout, he smashes through that with his delivery. Don’t expect much aggression here, as this track is more laid-back and insightful.

This is a tight song with real meaning in the lyrics for DMX. He fought his demons, and this song showcases his pain at different times. It feels tense and yet gives you a sense of hope while striking an awkward balance that’s not always easy to pull off.

DMX appears with Jay-Z and Busta Rhymes in this track, so you already know it will be a stunning track. The three of them feed off one another to such an extent that you get sucked in as they each say their piece in their own verses. But in it, DMX stands out with an almost soul-searching feel to his lyrics.

It’s the strength of the message contained within this track that is the real stand-out aspect here. DMX returns to talking about his struggles and God leading to you getting the feeling that he was fighting to come to terms with various things in his life. The beat is deep, which fits in perfectly with everything DMX has to say.

The thing we love about DMX is his brutal honesty about things. He would tell it as it was, and this track showcases that to perfection. He has no problem in throwing out bars that could almost terrify you in their content, but at the same time, you appreciate the way he won’t hide anything resulting in another stunning track. Raw and strong are two words often used to describe DMX, and this track provides you with both in massive amounts.

This track is a collab with Nas, Method Man, and Ja Rule, so you should expect a thumping track that comes at you with so much speed and power you have no idea where to look next. This song grabs hold and pulls you through with them, and yet it just feels like so much fun at the same time.

Next: The best Nas songs of all time

While this track may not come across as one of his more thought-provoking tracks, it still offers more than enough energy and vibe to make it worth listening to. His lyrics bounce around, and it’s refreshing to hear a track that’s perhaps not as deep as others he tended to produce. But don’t expect this to be all light-hearted. It still deals with some serious stuff.

This track is yet another emotional one from DMX, which is certainly a running theme throughout his music. He over-delivers throughout with his insane flow giving you an overflow of emotion that sits with you. Once again, we see DMX managing to excel as a rapper here, where the strength of his message will ride over any beat you care to include in the track.

This song is taken from his album, The Great Depression, and it’s another classic for you to listen to. The darkness and raw power delivered by DMX runs rampant throughout, but that’s what you are searching for when you listen to his stuff. He isn’t afraid to show his pain or deliver his thoughts on the tough side of life, and with a thumping beat to accompany him, he puts on a show taking you for a crazy ride over the course of a few minutes. 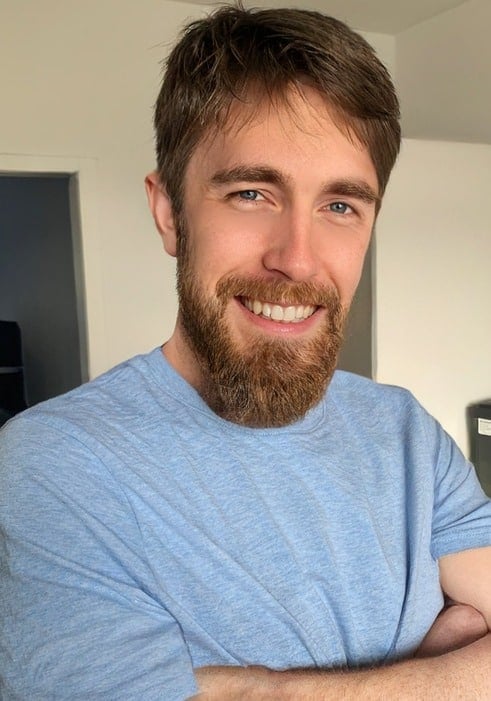