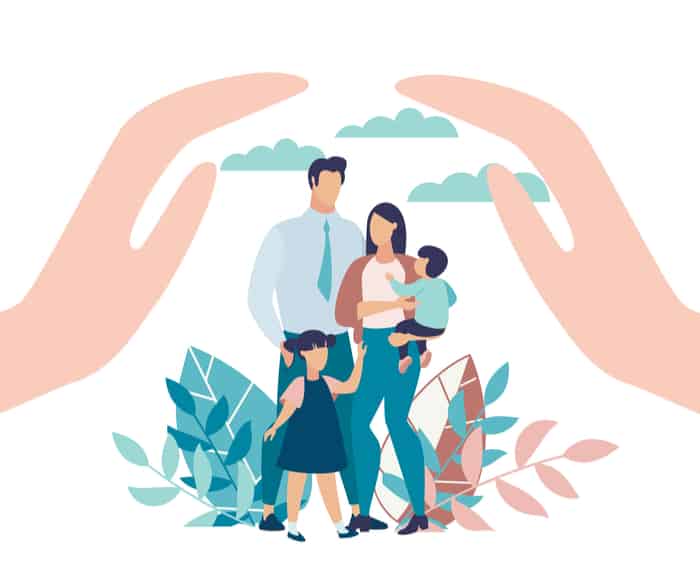 Family is where we can all seem to relate, but for some, it’s the reason we can all be different. Some have loving families with strong support systems, and for others it can be the reason they are so broken. Here are the best songs about family, support, unity, hate, deception, forgiveness, and above all, love.

1. “Dance With My Father” – Luther Vandross

An epic 2003 song reminiscing precious moments spent with his father before his demise, this is undoubtedly one of Luther’s best compositions ever. It depicts his father as his pillar of strength and comfort and a support system to his mother. Indicative of support amongst parents and a unified front to children, this beautiful ballad represents how the loss of a parent affects not only the child but the spouse left behind. A touching portrayal of love, it is probably among the best songs about losing a parent.

Consider next: Best songs about missing somebody

A touching tribute to his mom and all the efforts she put towards raising him and his baby sister singlehandedly, Tupac shows no love for his absent father in this iconic hit. “Dear Mama” depicts the strength of a family sticking together through the tough life many go through, especially single mothers. It’s an eye-opener as to how kids get caught up in drugs, indicative that it’s the void of fatherly love that drives them to the streets. The 1995 rap song confirms that no matter how much kids rebel, they still appreciate their parents’ efforts.

A teenager’s distress of early pregnancy and the parents’ rejection of them, this 1986 song is a strong message in support of the life of an unborn child. It depicts a teenager’s strength in standing by her decision to keep her baby despite negative influence from her peers. It’s a cry for help to a father, who, though the unfolding events are disappointing, eventually garners his strength to accept his teenage daughter and stand by her, regardless.

This 2002 rap song is a deep realization of how one feels discriminated against, alongside disappointing one’s parents and the internal monologue one experiences. Eminem apologizes to his mom for all his actions and all the pain he put her through. He reminisces his childhood and his distaste for his father, alongside the trauma he experienced watching his mother as a drug addict. The song depicts a mother’s rejection of her children, separation, pain, and bitterness, all components of everyday family life for Eminem.

Consider next: More songs about pain, hurting and suffering

The 2016 RnB song is a wake-up call as to why you should keep your family close. Drake draws attention to how he would be better off with his father. The realization of how friends disappear when he needs them the most is indicative of how important family is. It’s a song of regret about putting someone else first, other than family and the resulting disappointment.

This vibrant 1979 song focuses on the value of family and how envious others are of their closeness as sisters. In a world where unhappiness statistics are increasingly gathering numbers, this is a good reminder that you have the support system you need to survive and be happy in this vicious world with family.

Next: Top songs with numbers in the title

This 2004 hip-hop song depicts the extended family living together in perfect harmony despite life’s challenges of death, prison, failed grades, bedwetting, and all else. The sound of kids in the background vocals adds a twist and makes you experience different generations of family. It talks of how much more important family is, even over diamonds, as they just aren’t enough. Family is! As one of the top songs about family, this song turned Kanye into a legend.

A clear depiction of how different siblings can be, this 1971 song by Sly and the Family Stone reveals the depth of a mother’s love. Family bonds are beyond anything else. No matter how different, lovable, or challenging children can be, a mom will always love her kids. Even when siblings are grown and out of the cradle, they will always check each other because it’s a family affair.

This 2004 rap song by Eminem is advice from a father to his two daughters, teaching them life’s lessons. It’s about a father’s attempts to protect his children from the world and its evils despite his frequent absence. He talks to his daughters, assuring them that everything will be alright despite their mother’s absence. It’s a father cajoling his kids to stop crying despite the family falling apart. It also talks of joblessness and divorce and their effects on family life. It’s an unapologetic song from father to daughters, for what he has put them through.

This 2003 RnB song with a twist of country music is clear advice to parents, affirming that they are indeed role models to their children. Mayer sends out a plea to fathers, urging them to treat their daughters right as it will affect how they love in the future. Mothers are also advised to treat their daughters well as they will grow up and reflect their mothers’ love. Sons are not left out, though the song depicts them as strong and soldiers, they are still in need of mom’s love.

“Breathing” is a 1980 progressive rock song that tells the story of a child from the perspective of a fetus in its mothers’ womb. The fetus talks of everything it goes through, and the lurking danger of the end of life, of existence, likely as a result of its mother’s nicotine intake. The song is a monologue the fetus is having, encouraging itself to survive and just keep breathing. It clearly depicts the oneness of mother and child, signifying the pricelessness of family bonds.

Released in 2000, this rock song is a tribute to a mother, inquiring whether she is proud of his corporate achievements. It depicts his mom as having passed on, but his focus is still on making her proud. It’s almost like the two people in dialogue are in two different worlds. The song signifies the importance of family, as, regardless of whether alive or not, our lives still revolve around them.

Originally performed by Jackson 5 in 1970, with an award-winning rendition by Mariah Carey and Trey Lorenz in 1994, this song indicates unconditional love and support for each other. It talks of unselfish love and respect as the centerfold of existence. There are two interpretations of this song, first as a family-oriented version where the family stands with each other no matter what. Second, as a lover to his partner, affirming a never-ending presence.

This 2007 release is a sad song because, before marriage, the woman imagined a fairy-tale life. The song talks about the challenges of marriage and a woman dealing with wife-battering for the sake of her children. When her husband starts attacking the children, she finally gets the courage to leave. The song is Christina’s affirmation to her mother that walking out of her marriage was indeed a good decision since they will never have to face physical abuse again. The mother and daughter have a bond so tight because of what she has seen her mother endure for their sake, and she expresses her gratitude to her mom for all the sacrifices she made over the years.

A song depicting one reaching out to his father, this 1998 soft rock track is a song of yearning. It draws us to the long-awaited father who will purportedly make everything better, from making hopes rise again to soul restoration. It is clear that Eric thinks highly of his father, and somehow, looking into his father’s eyes was a solution to any challenge. In a way, it also depicts an absent father, and the son wonders if he will recognize his father once he sees him.

“Because Of You” is a 2004 pop song with a daughter talking to her mom, blaming her for her current state of lovelessness and emptiness because of the situations she had to endure growing up. This touching song depicts the effects of a broken home and how a child’s world crushes beneath it all. The daughter has been a pillar of strength to her mom, not giving her the space to be in touch with her own emotions.

Consider next: Great songs about revenge and vindication

A father expresses and confirms his love for his daughter in this folk-rock song, released in 2002. It is his way of reminding her that she should always hold onto the memories they share. Their memories will guide her through life like he did when they were together in his eventual absence. He upholds his protection over her, promising that he will never leave, at least not until he has left her with a sweet dream in her head. “Father and Daughter” is a touching song of endless love and how parents wish they could always be there for their kids.

“Family Portrait” is a cry to one’s mother regarding the troubling situation at home. The parents are always fighting and throwing glasses at each other. This 2001 RnB song is a plea to one’s father not to leave as divorce seems to be the only way out. It is a cry for help to unhappy parents to try to act like they are happy like they once were, as seen in the family portraits. Children in families undergoing separation have to share holidays between the two parents, which is a daunting task. In this song, Pink begs her father not to leave, promising that she and her brother will be better, just in case their behavior pushes him away. It shows how children blame themselves for their parent’s separation, sometimes thinking they are the cause.

This folk-rock song, recorded in 1970, is a dialogue between a father and his son. The father gives his son advice, telling him he is young and still has much time ahead of him and can marry and settle down. On the other hand, the son complains about always having to be the one to listen. He feels unheard and deprived of sharing his thoughts. The father then assures his son to take it slowly, as he still has time. This song depicts everyday parents and how little we listen to our children sometimes, despite having their own minds and making their own decisions.

This song is from a 1970 album. Crosby Stills, Nash and Young pass this strong message to both children and parents, advising either party to treat each other well. It’s a story that depicts the challenges of raising kids and growing old and how each generation is important to the other, feeding off each other’s dreams. It’s a realization that we will always need our family, young and old alike, no matter our age.

The world over, mothers-in-law are depicted as a source of misery to any marriage. This 1962 RnB song categorizes this assumption so clearly. It shows there can be no peace and happiness for as long as your mother-in-law is in close proximity. Whether that is the case or not is purely dependent on personal situations and family settings. It is a stereotype that we should eliminate from our minds. Why not give your mother-in-law a fair chance?

Best songs about water all time